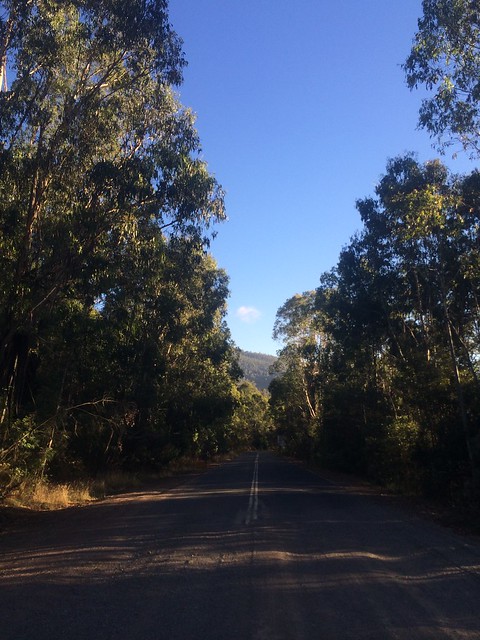 The Organisation for Economic Co-operation and Development (OECD) defines a road as “a line of communication (travelled way) using a stabilized base other than rails or air strips open to public traffic, primarily for the use of road motor vehicles running on their own wheels,” which includes “bridges, tunnels, supporting structures, junctions, crossings, interchanges, and toll roads, but not cycle paths.”

A bridge is a structure built to span physical obstacles such as a body of water, valley, or road, for the purpose of providing passage over the obstacle. Bridges often form a section of a given road.

A tunnel is an underground passageway, completely enclosed except for openings for entrance and exit, commonly at each end. Tunnels too, are commonly known to form a section of a given road.

A bicycle, often called a bike, is a human-powered, pedal-driven, single-track vehicle, having two wheels attached to a frame, one behind the other. A bicycle rider is called a cyclist, or bicyclist. Depending on who you ask, bicycles belong on the road, and are arguably the best way to experience them, because just as a car is a sterile box that does everything it can to remove the traveler from the road, the the bicycle involves the rider in every aspect of the road experience.