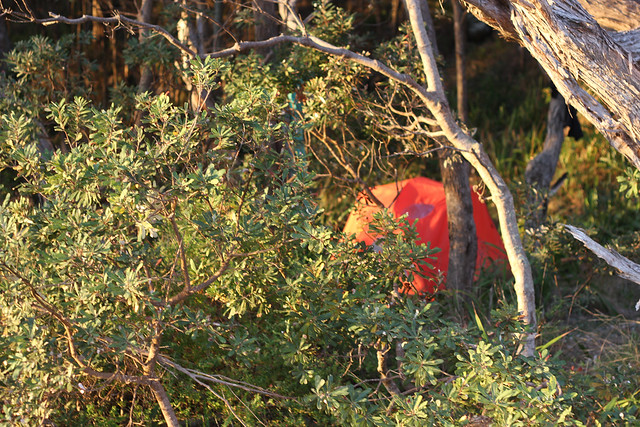 He is always right about that damn sleeping mat. 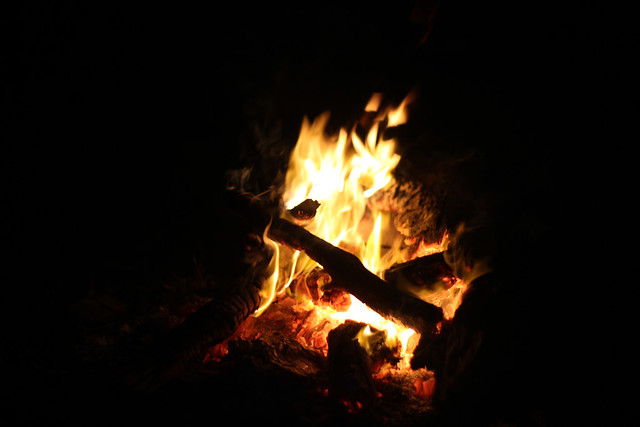 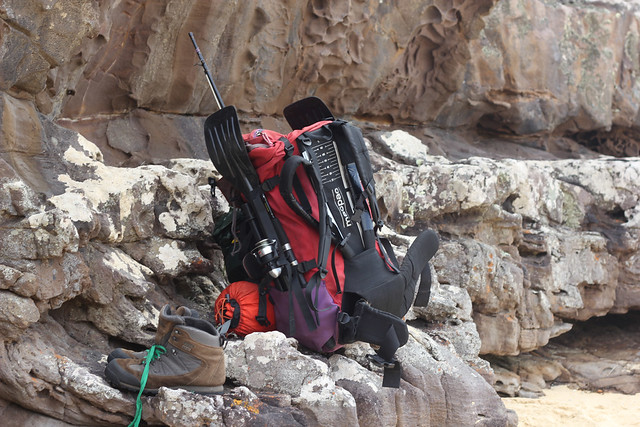 For the last five years, John and I have taken whoever is brave, dumb & keen enough to go on a now notorious “Boys Trip” with an almost Narnia like mythos amongst our friends. We get up super early in Canberra, hot foot it to Eden, and end up hiking deep down in the far south coast of New South Wales. It’s a lot of fun, well, it’s hell on your body & there’s no shortage of deadly snakes/scorpions/spiders/ticks/dingoes/sharks/numbats/quolls/etc, but it’s a lot of fun. Roughly sixty kilometers of walking with twenty to thirty kilograms on your back would be somewhat sadistic if the hard work didn’t leave us in the only untouched coastal wilderness in the state. On his first and only trip, an unnamed companion went through what he now describes as “the day I almost died” hiking through gale force winds across a lengthy and definitely unprotected beach stretch. The beach route in question is only ever taken if you are trying to avoid “Death Hill”. Go Figure. 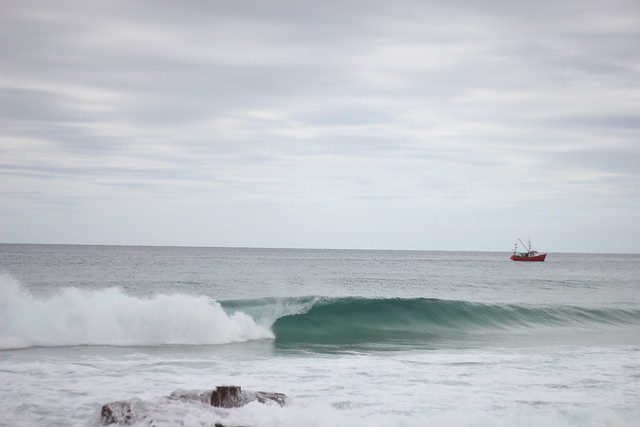 A fishing boat sits in a protected bay, sheltering from southerly winds, in for foreground is a deserted left hander (I’m told) that John regretted not being able to get amongst on his boogy board. This trip included a planned exploration venture with the use of inflatable boats, the paddles strapped to our packs were not ornamental. We planned to venture up the creek we camp by in search of fresh water & fishing holes. However due to bad winds, all boating bets were off. If the weather is no good for a commercial vessel, it’s no good for us either. 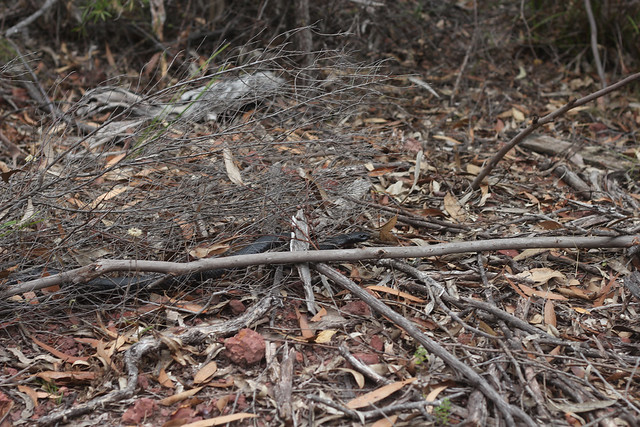 “Err how do you dress a snake bite again?” 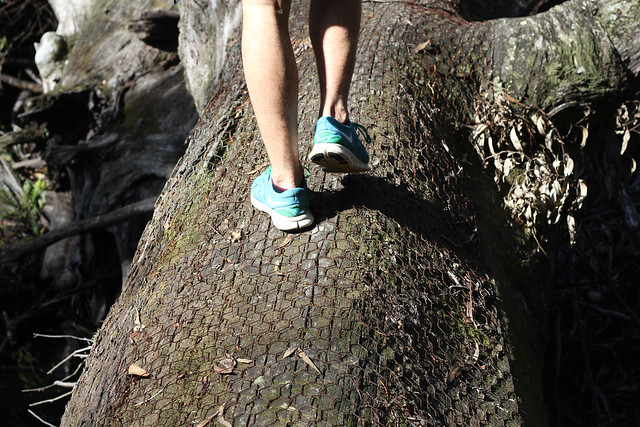 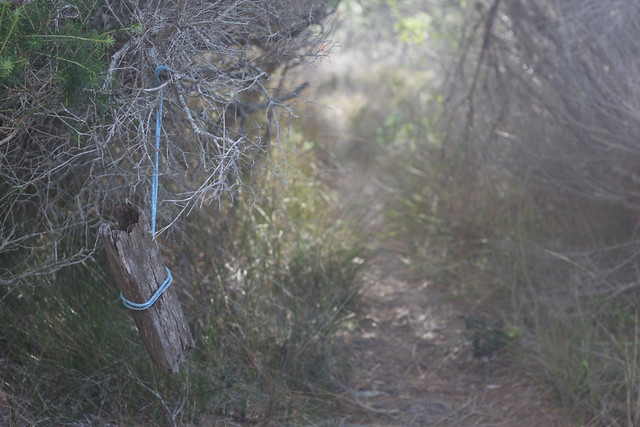 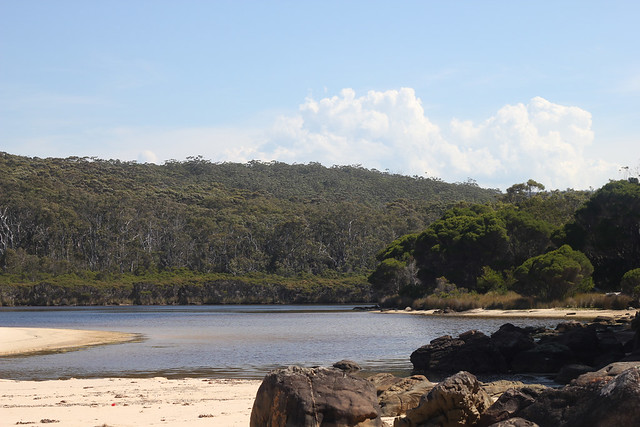 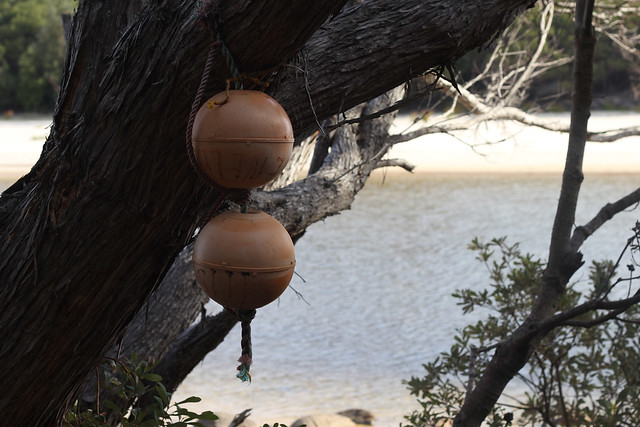 Having made it to base camp exhausted, tents go up and firewood needs finding. Here, the good wood is hundreds of meters away from the campsite but finding the right wood for a fire is always worth it. Fire has the innate ability to breathe life into any and all tired campers and crummy wood makes for a crummy fire. My sleeping mat has been broken for longer than I can remember, if I can get to sleep before it deflates I’m fine, but more often than not, failure to snooze is met with the cold hard ground beneath me. John assures me that having fixed his, it’s worth it, the problem is that I only ever remember that it needs fixing the night before a trip when I’m packing. Too late to fix it then! Every single time I tell myself “yeah it’s not that bad” and every single time I wake up with a back as crooked as a dog’s hind leg. 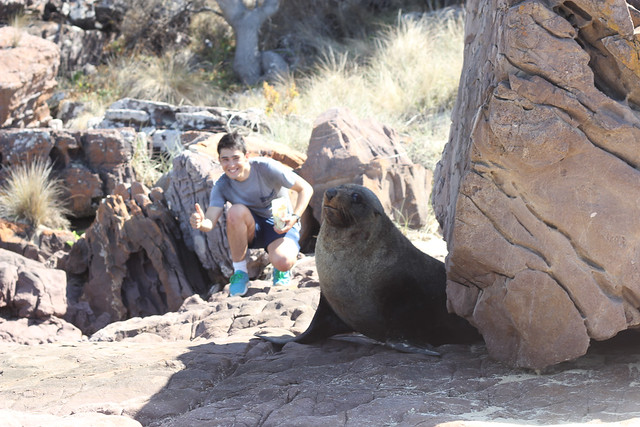 Just some mates hangin’ out by the beach. 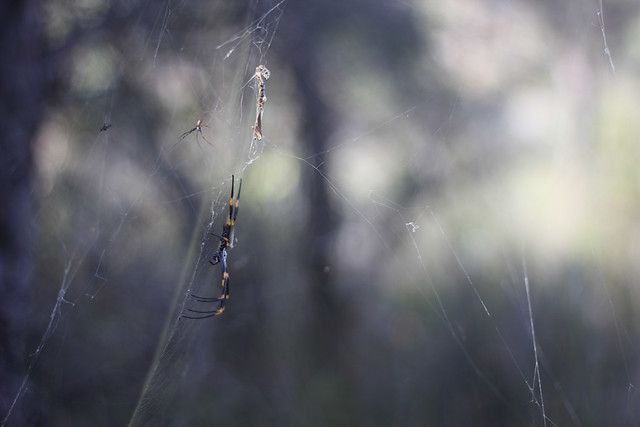 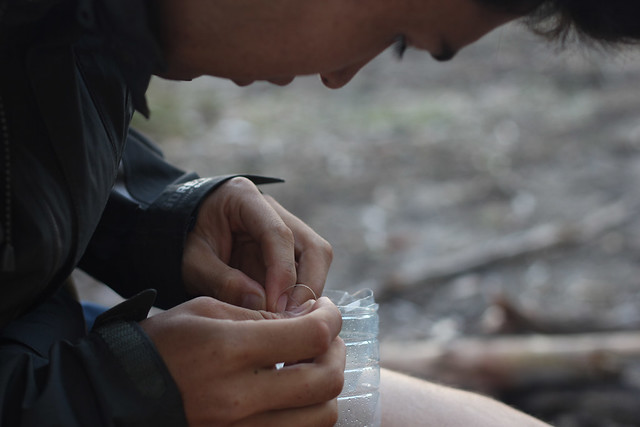 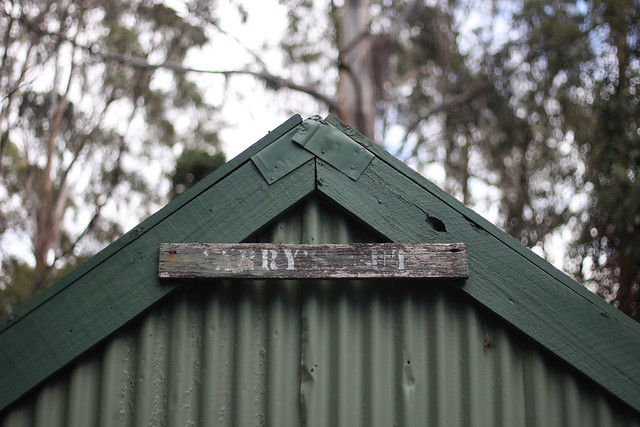 Harry’s Hut sits in a tiny clearing about an hour from our campsite, there’s an outdoor throne for those in the need (not like a room that is situated outdoors, I really mean it is a pit toilet with no walls and no roof, out in the open). The hut is a reminder of a failed farming venture in this wilderness area that was abandoned over 60 years ago. 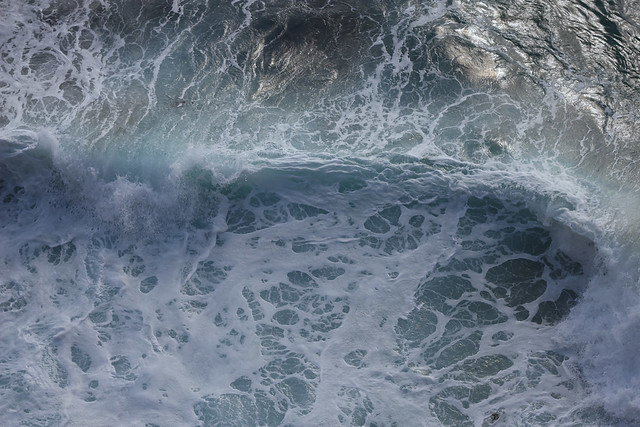 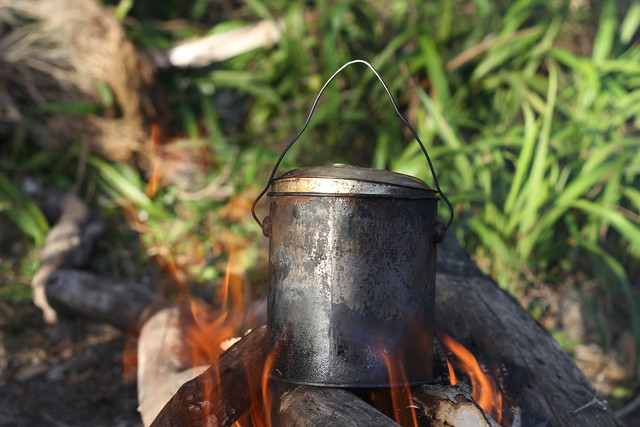 John is usually in charge of: everything. But that’s only because there’s essentially nothing to do down here, I hang about and take photos while he looks after the fire and is more patient with unsuccessful fishing than I am. There’s a fine line between sitting around with a fishing rod and actually fishing, and a grand total of zero fish this trip sees us placed under the “sitting around” umbrella. 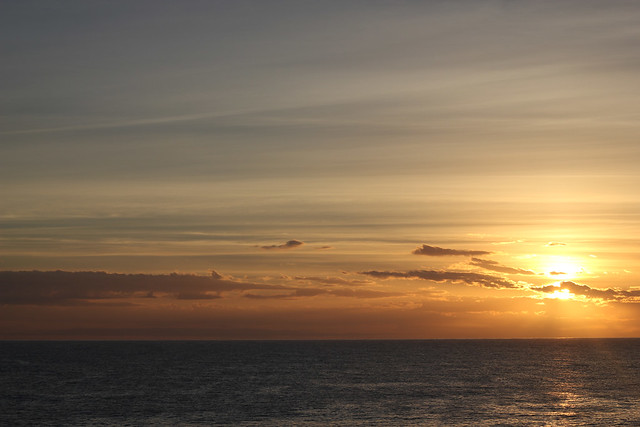 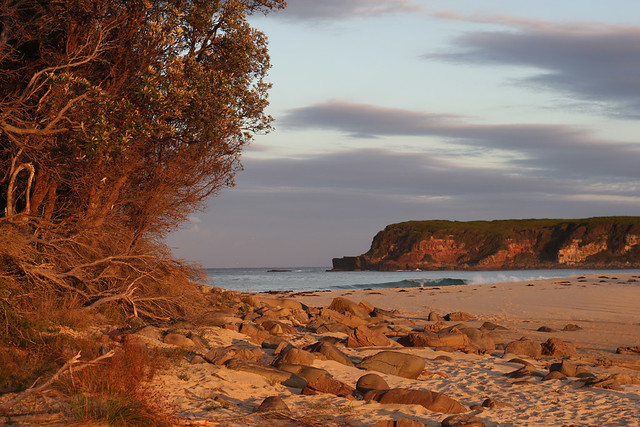 One of the greatest golden hours ever witnessed. 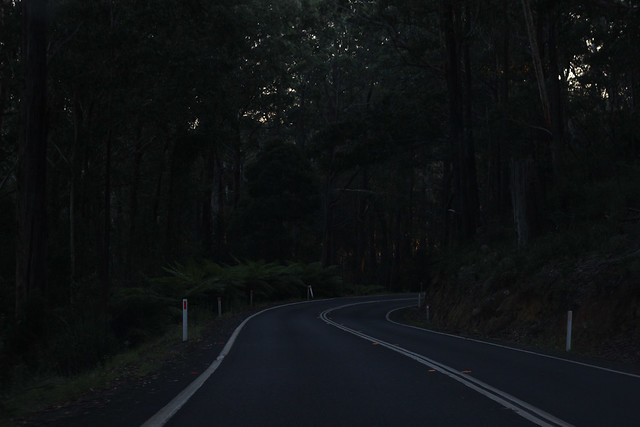 Further south are sand dunes that lead you into the state of Victoria, we are yet to get that far, but it’s in the works. Doing that walk requires charting a boat in the Victorian town of Mallacoota to cross an estuary system. One guy we’ve met hiking through here recalled not being bothered with the boat: “yeah well we didn’t feel like taking a boat so we wrapped our packs in a bunch of garbage bags and swam”. That is probably the least safe thing that I can think of other than harness free bungee jumping, and although he said he wouldn’t do it again any time soon, he got a good story out of it.